Don't Die of Ennui: A Trip Into Edward Gorey's World 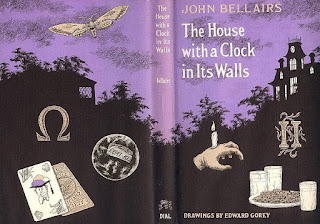 It is halfway through November, and the leaves are covering the ground, so it is probably time to read one of my Amphigorey volumes by Edward Gorey. His taste for the absurd and the horrific have fascinated me since I first noticed his artwork on PBS's Mystery! opening title sequence. I never put two and two together that he was the same artist who did the Amphigorey collections until years later when I started seriously collecting cartoon collections and independent comics. As a kid, I was a big fan of John Bellairs's books with their gothic and creepy adventures in which boys like Lewis Barnevelt and Johnny Dixon faced sorceresses and wizards. The House with a Clock in its Walls and The Mummy, The Will, and the Crypt were particular favorites. Gorey did the covers for these books and many horror collections that I have read since. I habitually buy any book that has Goreycover art and reread his works almost every year. Numerous Marvin Kaye edited collections, such as Ghosts and Masterpieces of Terror and the Supernatural, are loaded with great stories and eye-catching Gorey covers. 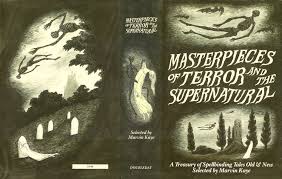 The way that Gorey mixes the absurd, the whimsical with the dark and foreboding makes his work compelling. His stories and art seem simple because they draw from Gothic literature's basic tropes along with nursery rhymes and a penchant for cute animals, but there is more to discover with each reading. Each story works on multiple levels because even when the drawings are cute, they often feel archaic, and the prose is straightforward yet pithy. As the story unfolds, readers can feel there is something deeper or hidden. Gorey's juxtaposition of the absurd with the prosaic adds a level of impending danger to his stories and each line of his prose anticipates the next. 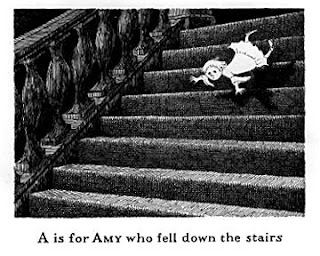 Two of my favorite Gorey texts, "The Object-Lesson" and "The Gashlycrumb Tinies" are in his first collection, Amphigorey. Both are tragic and humorous, and Gorey's talents are fully on display. "The Object-Lesson" presents several absurd stories filled with ghosts, murder, and possible suicides. Gorey uses non sequiturs and sentence fragments in this surrealistic and disjointed story. For example, a lord hands "The Throbblefoot Spectre" a "length of string," which seems to distract it before continuing to the statue of "Corrupted Endeavor" to "wait for Autumn." "The Gashlycrumb Tinies" is one of Gorey's most famous poems because it chronicles the unfortunate deaths of 26 children, each named for the letters of the alphabet in couplets. The absurdity lies within the banal ways the children die, such as choking or drowning, and the accompanying illustrations which either show the children right before their death or in situations that seem safe enough at the moment. My favorite panels include poor "Neville who died of ennui" and "Zillah who drank too much gin." 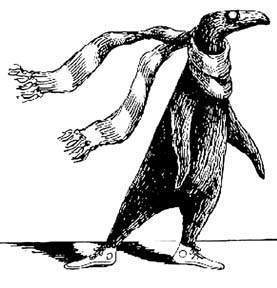 There are gif versions of many of Gorey's best tales, but I encourage you to buy the Amphigorey collections because there are many hidden gems. Here are several links to works I mentioned.

"The Object-Lesson" https://vimeo.com/23504205 This one has sound and animation by Matt McGee.

http://goreyana.blogspot.com/2014/01/marvin-kaye-anthologies.html Check out Goreyana's discussion of the Marvin Kaye collections.

Check out the Gorey Store. https://goreystore.com/products/edward-gorey-amphigorey-book

Amphigorey Art Cartoons Edward Gorey John Bellairs Mystery! PBS The Gashlycrumb Tinies The House with the Clock in its Walls The Object-Lesson 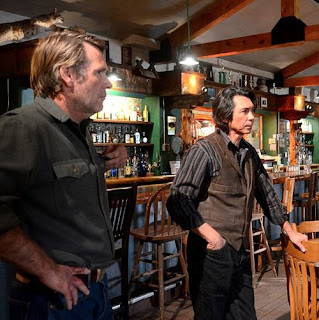 I recently finished watching the last season of Longmire , a show that I believe only got better when it moved to Netflix. A & E cancelled it, despite good ratings, because it did not directly appeal to the 18-35 age demographic. The writing and plot development improved as the show started focusing more on major themes and story lines and not story-of-the-week subplots. While the show's general premise is typical cop show fare, the strong characterization and settings give the show a primacy over similar procedurals. While I enjoyed the show, I never got around to reading the books even though I watched dutifully for six seasons. Once I started reading The Cold Dish , I realized how hard it will be not to binge the book series. The books are a treat. Craig Johnson's prose is punchy, and the characters are even better realized. Walt Longmire's love for Rainier beer and obscure literary metaphors, as well as other character's predilections and habits, become crys
Read more 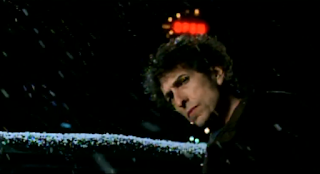 Oddly enough, Bob Dylan's songs on the Wonder Boys soundtrack marked a watershed moment for me as the 90s blended into the 2000s. I started going back to college in 1999 after a two-year break where I mostly worked and listened to records. My first attempt at college had been unsuccessful due to deep depression and homesickness that I did not realize was happening at the time. The period for me was full of change. I was trying to figure out who I was in an adult world, figuratively and musically. I was shifting between genres and personas like a man possessed.  My high school musical interests ran the gamut from 70s punk to melodic hardcore to indie rock, but I had fallen away from most "alternative" music as I reached that age in a young person's life where I felt like I needed to be defined by a "style." Needless to say 90 percent of my listening tastes were firmly entrenched in punk circa 1999-2000. While I never gave up the punk rock and indie rock o
Read more 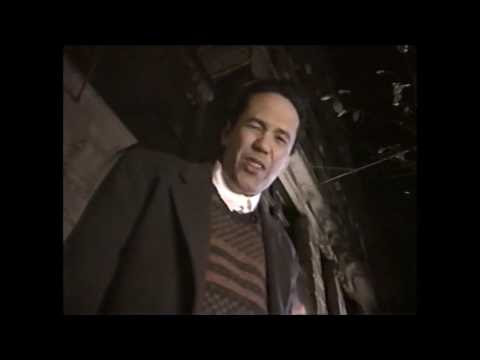 Even before I knew I was a film buff, I watched USA Up All Night, which ran from 1989 to 1998 for over 900 episodes on USA Network, learning more about B Movies than I probably ever needed to know as a teenager. I would enthusiastically tune in most Friday and Saturday nights to watch Rhonda Shear or Gilbert Gottfried screen a particular doozy of a b-movie. Before commercial breaks and between the films, they provided humorous commentary on the films and performed in skits. A notable one with Gilbert Gottfried involved him contending for the position of the fifth Ramone. The films on the show varied in quality and classic status, but many of them were movies that would not have had so prominent a platform on other networks during the time period. Many became cult classics. These films included much of the Troma catalog, including The Toxic Avenger (1984) and Class of Nuke 'Em High (1989). Both of these movies blew my mind as I was unprepared for the low budget film making, lev
Read more